The HAEM-LOKᵀᴹ collection tube for blood uses a novel approach to the collection of cell-free plasma DNA. Using a combination of a barrier matrix, a special barrier fluid and a single centrifugation step, all blood cells (including all "buffy coat" cells) are relocated below a physical barrier shortly after collection, producing cell-free plasma.  No harsh chemicals such as cell fixatives or precipitants are employed. Removing all cells early prevents the later release of cellular DNA from lysed cells. After initial centrifugation, blood samples  in HAEM-LOKᵀᴹ can be kept in the original tube at ambient temperature for 2 - 3 weeks, simplifying shipment and workflow.
‍

HAEM-Lok™ was developed at deltaDNA Biosciences and initially validated by measuring cell-free fetal DNA in blood samples taken from >300 women at different stages of pregnancy. Another major application, in addition to Non-Invasive Prenatal Testing, is expected to be circulating tumor (ct) DNA. 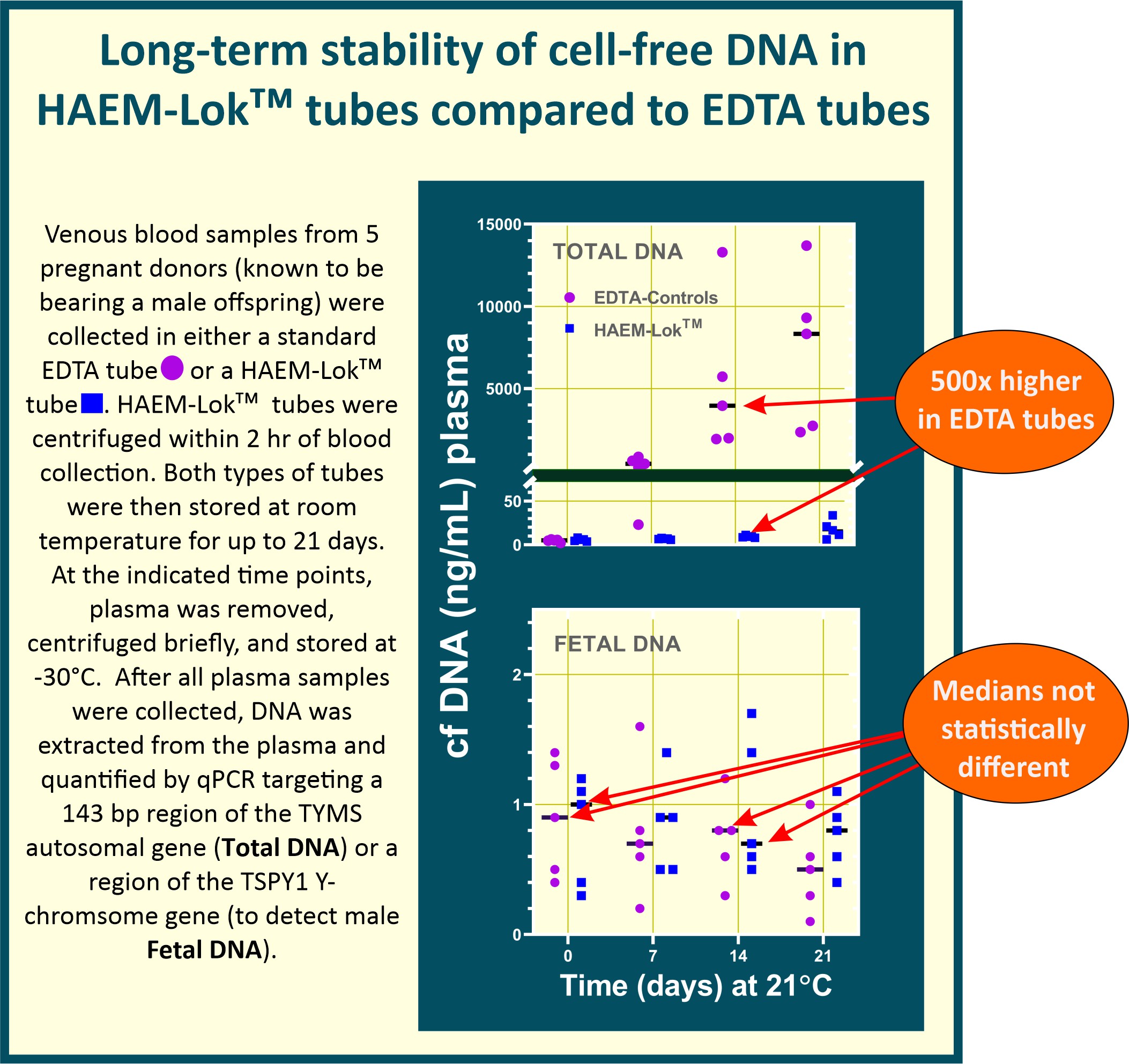